After such an overwhelming response to my blog post about pop-up restaurants and gourmet food trucks (thanks to my freshly-pressed feature on the wordpress.com homepage and of course my fabulous and insightful writing), I felt compelled and inspired to do some hands-on research into the trends, starting with the gourmet food truck or mobile food industry. After several comments suggested heading out to the Eat Real Festival (eatrealfest.com) in Oakland this past weekend, my photographer (aka husband) and I left the kids with their homework and drove up to Oakland to check it out.

A big thank you to a few of my readers (togetherinfood.wordpress.com, marcys.wordpress.com, yourfoodchoices.wordpress.com) who told me about the festival – it was well worth the drive and the calories. For those of you not familiar with the event, its tagline is “Putting the food back in fast.”

This is a mantra in our house (perhaps not so eloquently stated) as we are constantly complaining that if you need to eat quickly, the only choices are unhealthy. And why? Because healthy food is more expensive to farm, produce, and sell. Eat Real’s mission is to change that paradigm by using these festivals to increase awareness of the craft of growing, producing, selling, and eating real food that is also fast, affordable, and healthy.

The event is overflowing with food vendors in small booths and in mobile trucks selling all types of food ranging from lactose free goat’s milk ice cream to the largest pan of paella this side of the Mississippi. Since my husband and I are dieting, we told ourselves we could taste test a lot of things but we didn’t need to finish anything. Well that game plan quickly changed as we started our tour. The food was just too good to toss. Our path through the festival was definitely biased by our personal tastes and ethnic backgrounds. As Italy lovers, we had to try the wood-fired pizza from Pizza Politana (http://pizzapolitana.com/).

They have a traveling wood-fired oven on a trailer that they cook in right at the booth. Ingredients were fresh, organic and the crust was thin, crispy, and delicious – reminiscent of some of the fabulous pizzas we had during our visit to Italy 2008. From Italian pizza, we headed straight to, you guessed it, the Knish booth. I grew up on the east coast with many a trip to New York City and its grand deli cuisine. There is a certain taste that I’ve never found in a west coast knish. So we followed the pizza carb load with a potato knish carb frenzy at Tante’s. Despite the presence of spinach in the knish (healthy and knish are rarely used in the same sentence), the flavor was outstanding.

Fresh made knishes on the griddle

Just like I remembered it growing up. Crispy on the outside, lots of oniony potato on the inside and a big gob of Gulden’s Spicy Brown Mustard to go with it.

While we were on the subject of carbs, we stopped at the demonstration area to watch the artisan prepare hand-pulled noodles right in front of our eyes. Amazing indeed – they can even make the noodles round or square depending on how they pull them.

Working the dough before they turn into noodles

Next eating stop was biased by my husband’s ancestry from Korea: Seoul on Wheels (http://www.seoulonwheels.com) – a Korean Taco truck.

One theme pervasive throughout the mobile food business is portability of the food so most cuisines are adapted to fit in a wrapper of some sort, whether it is a corn or flour tortilla or something as ingenious as the buns used for Peking Duck or some type of traditional bread product. Seoul on Wheels had 4 types of Korean tacos served in corn tortillas as well as chilled spicy noodles. We tried the Bulgogi Beef taco and it was delicious.

Then we stopped at the Whole Foods Truck and tried their grilled figs with creamy goat cheese, marcona almonds, and balsamic reduction. A nice dessert break and the combo of the goat cheese and crunchy Marcona almonds was really yummy.

As we munched that down we couldn’t help but notice the super long line at the yellow truck nearby so we headed over to learn more. It was the Curry Up Now truck (http://www.curryupnow.com/).

Curry Up Now – There’s an App for That!

They describe themselves as Indian Street Food in a Taco Truck. We ordered a Chicken Tikka Masala Burrito, despite the loosening of our belts that occurred after the figs were consumed. OMG! Yummy snuck out of my mouth again. They captured all the rich and unusual flavors you expect from Indian Cuisine but neatly wrapped them in a slightly charred crispy flour tortilla.

Then on to another dessert – LaLoo’s Goat’s Milk Ice Cream. Our whole family is lactose intolerant and goat’s milk is nearly lactose free. I tasted the vanilla because the true test for me is: would it be yummy enough to be served with one of my famous fruit crisps (http://bit.ly/bS4BXT)? It passed the test just fine. It had a soft-serve custardy taste and if you visit their website (http://www.laloos.com/), that’s exactly how they describe it.

The next incredibly long line was at the Chairman Bao truck where they serve essentially Chinese tacos – the ingredients are stuffed into a baked or steamed chinese bun. We were too full and too tired to stand in line but we managed to snag a photo of someone else’s catch.

As we agreed to work our way back to the car, we passed a stand called Chaac-Mool selling Yucatecan cuisine. Despite our recent love affair with Mayan cuisine, we just couldn’t eat more food, or so we thought.

Then we saw Sam’s ChowderMobile (http://www.samschowdermobile.com/) which originates from Sam’s Chowder House in Half Moon Bay and convinced ourselves that we could take one more bite. (I should add that the Kara’s Cupcakes truck was right next door but you already know how much I love their sweet confections: http://omgyummy.wordpress.com/2010/05/31/cupcake-commentary/) The Sam’s line was so long but the chance to try an “authentic” East Coast style lobster roll was too good to pass up. The $5 half-size lobster roll was worth the wait – not as good as the one I had in Massachusetts last September, but pretty darn succulent and delicious.

The line was far longer than the picture reveals

What most people stood in line for at Sam’s

Nearby was another super long line for paella, but I think the real attraction at that truck was the visual of the giant paella pan filled with the rice. Lots of oohs and aahs and cameras clicking nearby.

The people behind us in line for lobster rolls said the actual paella was not just pretty, but tasty too.

Some other stand-out mobile food vehicles that we saw were the Hapa SF Modern Organic Filipino Cuisine (http://hapasf.com/), the newly formed Le Truc (http://www.eatletruc.com/) which is a bus outfitted with high-end cooking equipment and small tables right inside, and Primo’s Parrilla, an Argentine grill. Apparently Primo’s Parilla is trying to get nominated for the next season of The Great Food Truck Race on Food Network (http://www.vamosprimos.com/).

It occurred to me as we ate our way through this phenomenon of street food, that not only is the economy driving this revolution but social media is enabling it. Many of the trucks have the emblems right on their vehicles – Facebook, Twitter, Yelp, You Tube, and flickr, among others. These social media tools are primarily free and if you build a following, all you need to do is “tweet” out your upcoming location, which then gets RT’d (retweeted) and pretty soon you have long lines. So yesterday I started “following” some of the trucks on Twitter. Curry Up Now tweeted out that they would be in Sunnyvale for the first time from 6 – 9 PM at a certain location. I texted my husband who works nearby and guess what we had for dinner last night? All it took was 140 characters or less from Curry Up Now and a customer appears. Now that’s a new paradigm in building a customer base in the food industry, or any industry for that matter. But it’s working. According to a tweet from @SFoodie, the Eat Real Festival drew over 100,000 people this year – more than a 40% increase over last year. Now that’s a boon in a bad economy.

If you went to the Eat Real Festival and had an OMG! Yummy favorite food, write in and share what it was!

« Great Food Trends for a Bad Economy: Pop-up Restaurants and Gourmet Food Trucks
The Battle of the Blintz – Celebrating the Jewish New Year with Food » 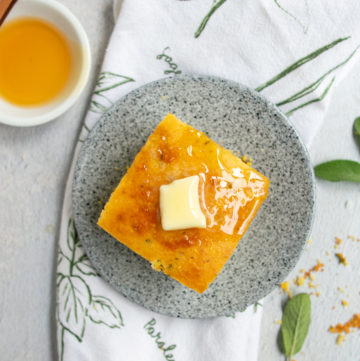