“(yogurt): a tart, creamy ingredient, beautifully pure in its own right, one that can be paired not just with fruit but with meat, not just with sugar but with salt, not just alone but in combination with hearty grains, crunchy vegetables, protein-rich legumes, intense chocolate, fresh squeezed juices, endless herbs, and exotic spices …” 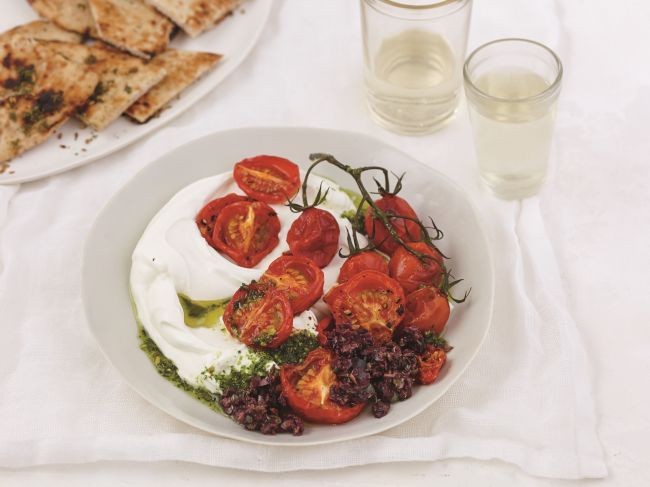 As the excitement over Middle Eastern cuisine continues to crescendo, one of its ubiquitous ingredients, yogurt, deserves a singular spotlight. With 36 recipes that use yogurt or its thicker cousin labneh just in the Jerusalem cookbook, how could Tasting Jerusalem not give it its own feature? 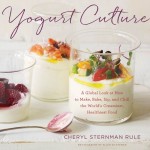 In fact, yogurt is woven so intricately into the culinary fabric of so many cuisines that Cheryl Sternman Rule, an award-winning writer, chef, and cookbook author has just written a whole book about it called appropriately, Yogurt Culture.

While she spanned the globe discovering how each culture uses this fermented milk product, that investigation inevitably led to many Middle Eastern-influenced recipes in her tome. So we are thrilled that Cheryl is joining us this month as our cultured expert (both literal and figurative) on all things yogurt. And to make sure we are paying attention, there will be culture quizzes throughout the month posted on our social media channels. And every answer, right or wrong, will enter you for a chance to win a copy of her beautiful book.

So let’s get started with yogurt lesson #1 …

For our followers outside the United States, this lesson may be rudimentary but for anyone who views yogurt as primarily a breakfast or dessert food, Cheryl schools us on how some Middle Eastern countries use yogurt in savory, rather than sweet, ways.

A MultiCultural Lesson from Cheryl

While those of us based here in the United States are just beginning to appreciate yogurt’s compatibility with savory flavors, Middle Eastern countries have been enjoying the pure tang of this ingredient for eons. In Lebanon, yogurt (called laban) and strained, lightly salted yogurt (called labneh) are both an integral part of that country’s cuisine. The simplest way you’ll find it served, which appears all across the Middle East, is drizzled with olive oil and sprinkled with za’atar. But it also features prominently as a cooking medium, as you’ll find in kibbe bi laban, oval-shaped ground lamb or beef balls mixed with bulgur and cooked in yogurt thickened with egg yolk and sometimes cooked rice.

In Iran, whose Persian cuisine champions sour qualities, yogurt plays a big role in cool cucumber soups, fizzy, salty doogh (a yogurt drink served with kebab), and ta-chin, yogurt- and saffron-marinated meat baked like a savory cake with more yogurt and rice. These are just a few examples among many.

Afghanistan is another yogurt-loving country, whether with heart aush soup (showcasing beef, noodles, beans, paprika, and yogurt), bourani kadoo (pumpkin cooked until ultra-tender then sauced with garlicky yogurt), and quroot, dried, salted, portable yogurt favored by nomads for its portable sustenance and nutrition.

I could go on, naming every Middle Eastern country and showing both the common and unique ways yogurt is enjoyed throughout the region. Better, though, for me to whet your palates just briefly here and entice you to explore!

And as Cheryl encourages us, here at Tasting Jerusalem we will indeed explore for the rest of May! You will find over 90 recipes in the Ottolenghi cookbooks from savory to sweet, from hot to cold and we’ll tempt you with some featured recipes from Cheryl’s book as well.

Let us whet your appetite: 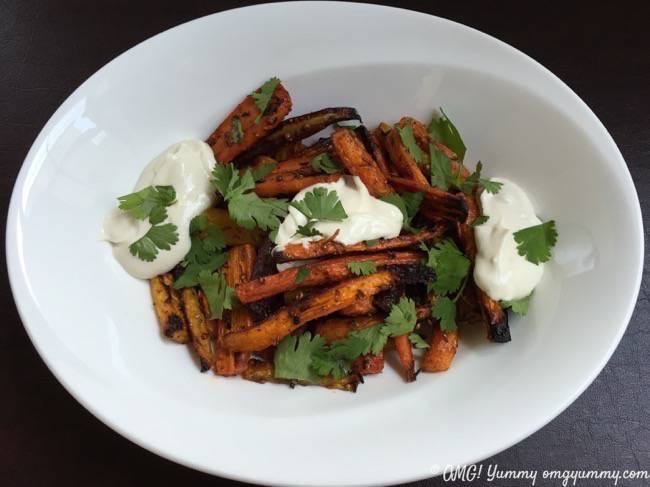 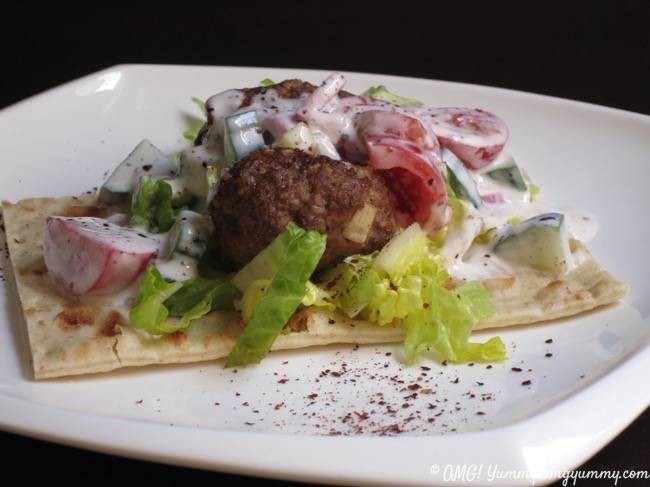 In Jerusalem: A Cookbook, there are three labneh recipes including how to make your own labneh and 31 recipes that incorporate yogurt. Too many to list here but we’ll post them on Facebook and Google Plus or feel free to email beth (at) omgyummy (dot) com if you want a complete list.

And remember to follow our culture quizzes throughout the month – not only will you learn some fun facts about yogurt but if you leave an answer (right or wrong) we’ll enter your name in the hat to win a copy of Cheryl’s book. We can promise you it will become a favorite in your kitchen.

Thanks to Cheryl and her publisher, Houghton Mifflin Harcourt, here is the labneh recipe pictured at the top of the post:

Labneh with Tomatoes, Pesto, and Tapenade

Labneh with Tomatoes, Pesto, and Tapenade

My inspiration for this recipe comes from a dip I enjoyed at the boisterous Jerusalem restaurant Machneyuda. There, Chef Uri Navon serves several colorful spreads in a single bowl, and the result, which resembles a painter’s palette, is both playful and renegade. I start with a base of creamy labneh, then top it with generous mounds of roasted tomatoes, pistachio pesto, and kalamata tapenade. Make each component separately (you can prepare them all ahead) and use as much as you like of each element. You’ll want to compose only as much of this dip as you plan to serve at once. Store the remaining components separately in the fridge, and use fresh labneh for subsequent batches. The smaller amount of labneh will serve 4 to 6, the large amount 10 to 12.
Course Appetizer
Cuisine Mediterranean, Middle Eastern
Prep Time 10 minutes
Cook Time 40 minutes
Total Time 50 minutes
Servings 6 servings
Calories 155 kcal
Author Beth Lee

Because you’re making smaller portions of each element than you normally might, I highly recommend using a mini food processor. It’s the perfect size for the pesto and tapenade.

To make toasted pita wedges: Cut whole-wheat pitas into wedges. Drizzle lightly with olive oil and sprinkle with salt and pepper, or za’atar. Bake in a preheated 400°F oven until crisp, about 10 minutes. Make more than you need, as these disappear fast.

Tasting Jerusalem is a virtual cooking community exploring the vibrant flavors and cuisine of the Middle East through the lens of Jerusalem: A Cookbook by Ottolenghi and Tamimi published by Ten Speed Press. You can follow along and cook with us by subscribing to omgyummy.com, following the hashtag #TastingJrslm on Twitter and Instagram, liking our Facebook page or joining our Google+ Community and finally checking out all of our groups’ dishes on Pinterest. 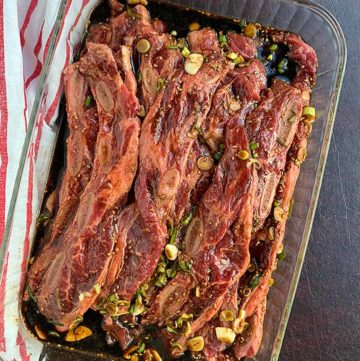