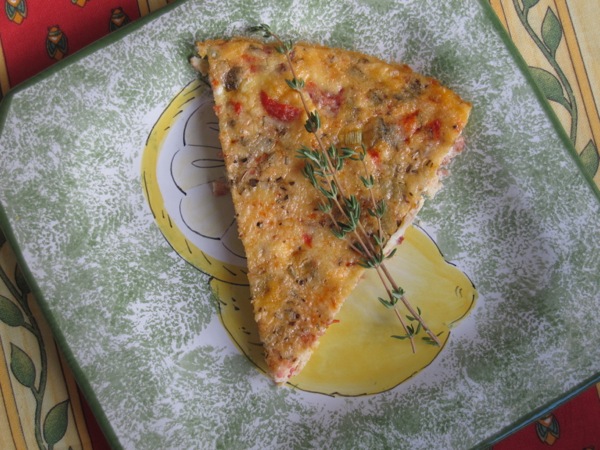 Are you frantic, frazzled, and fearful of the new frenetic back-to-school schedule? Are you as shocked as I am at the fast-pace at which fall is running towards us while summer seems to just be drifting away? In the midst of all the chaos, fast and flavorful dinners that multi-task as breakfast or lunch are key to surviving the madness. That’s exactly the role a frittata can play. But somehow, I frequently forget about this kissing cousin to a quiche.

What is a Frittata?

After a bit of research, it seems that frittatas are the Italian version of an omelet. Essentially, you prepare a mixture of eggs with vegetables, cream, and cheese, pour it in an oven-proof skillet and bake it. Couldn’t be any easier. The end result is similar to the egg part of a quiche, but less creamy and a bit more eggy. What you add for flavor is flexible – it’s a great dish to make when you need to clean out your veggie or cheese drawer.

I started cooking frittatas about a year ago when I purchased the ‘wichcraft cookbook by Tom Colicchio who owns a restaurant chain of the same name that sells off-the-charts fantastic sandwiches. One that caught my eye was an onion frittata with roasted tomato and cheddar. 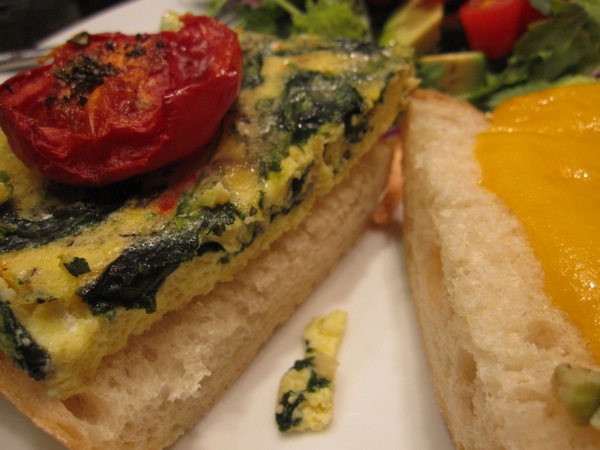 My version of the ‘wichcraft’ frittata sandwich

They list it under breakfast sandwiches but I’ve made it for dinner several times. Below, I’ll give you a basic recipe for a frittata that I’ve adapted from their sandwich recipe. Be creative with this dish – it is hard to go wrong as long as the flavors work together.

In the skillet you’ll be baking the frittata in, sauté the base flavors such as the pancetta or bacon and then the onions, herbs, tomatoes. 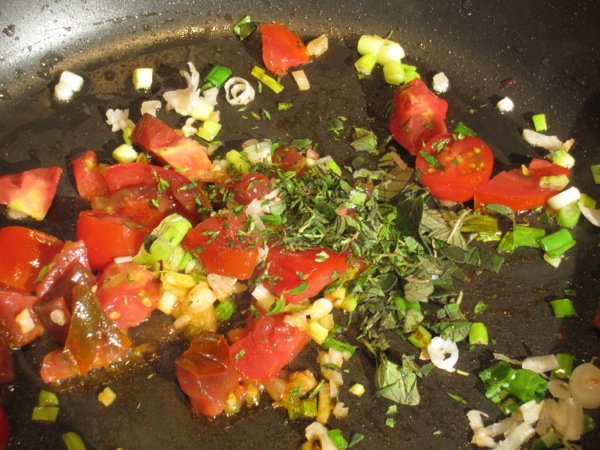 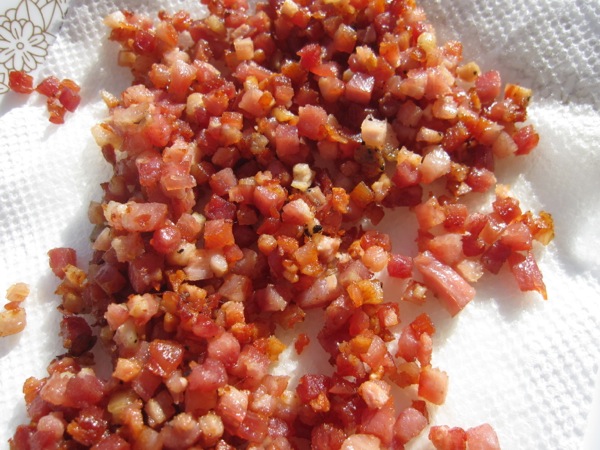 While those items are sautéing, you prepare the egg mixture in a medium bowl.

Once the sautéed items have cooled just a bit, you add them to the egg mixture and then put it all back in the skillet and then into the oven to bake. A simple technique that you can modify easily to fit the ingredients you have available in your home. Don’t forget frittatas to help you tackle the frantic and fast-paced fall schedule! 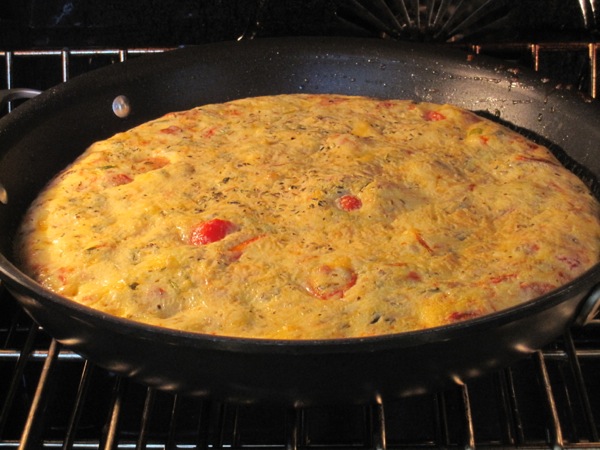 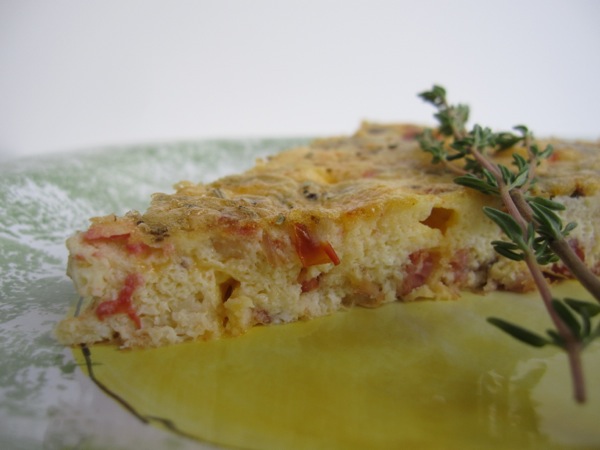 I’m Beth – a seasoned marketing professional, kitchen table storyteller, and enthusiastic food consumer. Hang out in my virtual kitchen and I promise to feed you recipes, stories, and lots of inspiration!