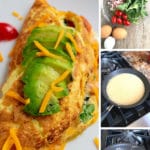 This fluffy pancetta omelette (omelet) is easy to make – no need to separate eggs! Spend your time prepping great filling ingredients instead. Looking for more breakfast and brunch ideas? Head over to this shakshuka post! 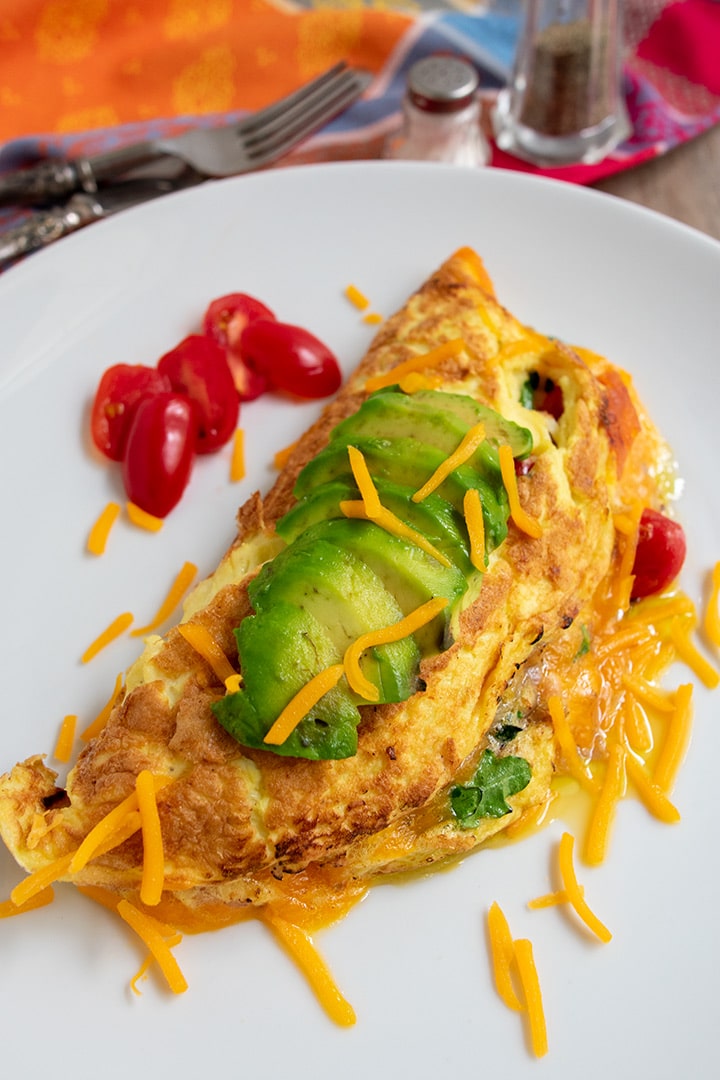 How to make a fluffy pancetta omelet for Father’s Day or any day!

This pancetta omelette recipe first appeared in June 2010 because of Father’s Day. Despite my repeated chiding to my kids that “he’s not my father”, I ended up preparing breakfast for my husband with just some minimal sous chef assistance from his offspring.

Kind of my fault — I suggested omelettes instead of the usual pancakes or waffles, which the kids could have cooked all by themselves. Oh well – the pancetta omelet turned out so yummy that hubby wanted a second helping.

Verdict from the guy that’s not my father? Best omelette he’s ever had and he’s actually the expert omelette maker in our house.

Secret ingredient in the omelet: pancetta 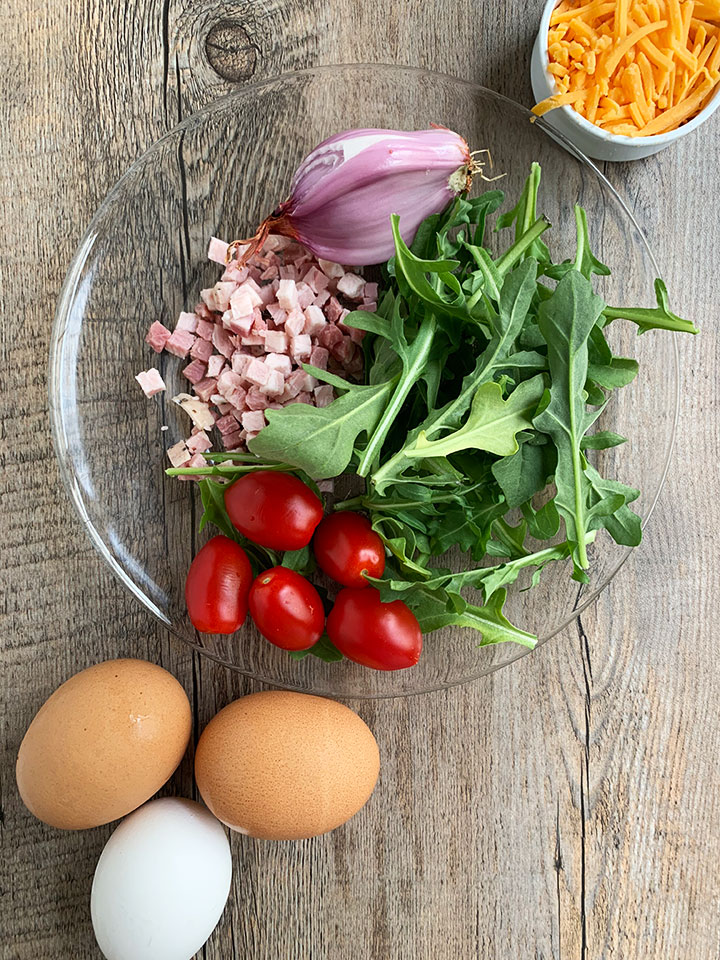 The trick was my secret ingredient – pancetta. Pancetta is cured, but not smoked, pork belly. Bacon, on the other hand, is cured and smoked. I had Trader Joe’s chopped pancetta, rather than typical slab bacon. So I sautéed it until it was crispy and brown. Then I used the rendered pancetta fat to sauté up some of the other filling ingredients.

Ever notice that many of the ingredients at an omelette station are pre-cooked such as onions, peppers, bacon. Sometimes I try to cut corners and not pre-cook the filling ingredients. But don’t be like me. If you really want your omelette to come together in the best way once the eggs are poured into the pan, prep all of your filling ingredients first.

How to make a fluffy pancetta omelette 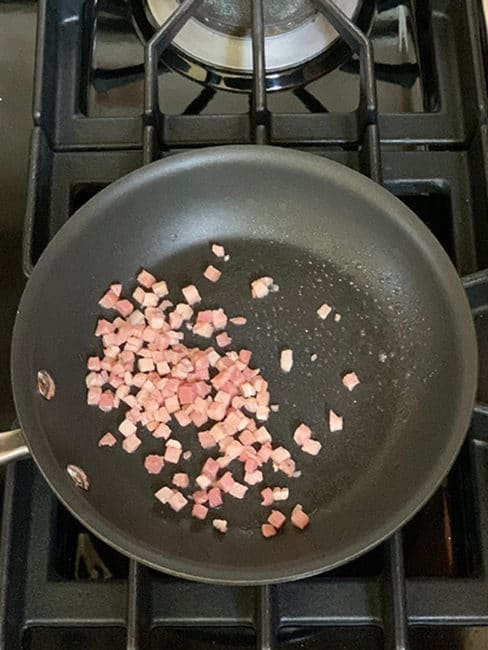 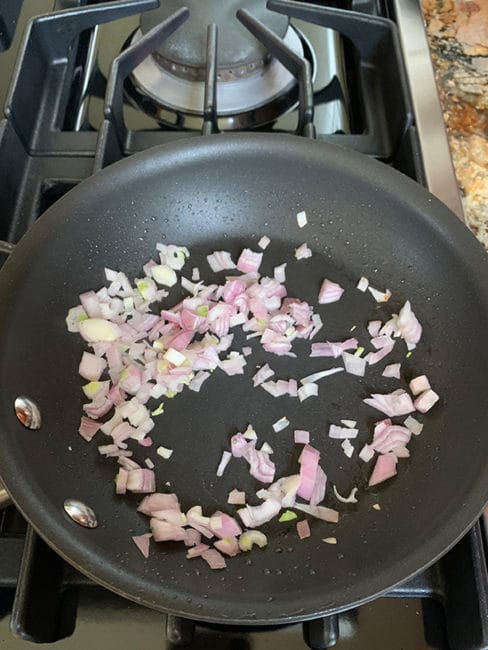 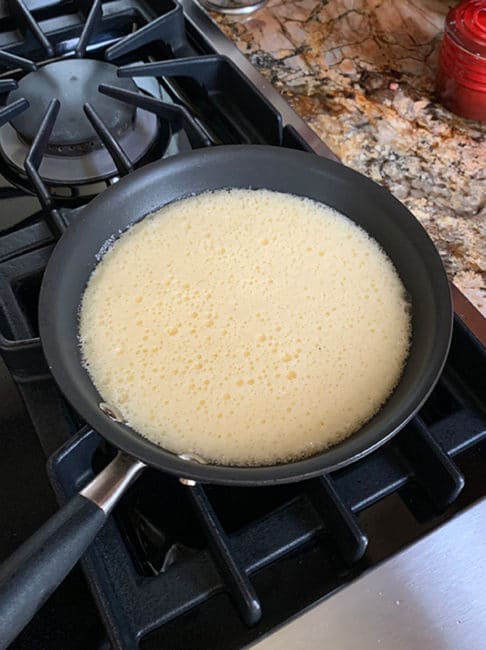 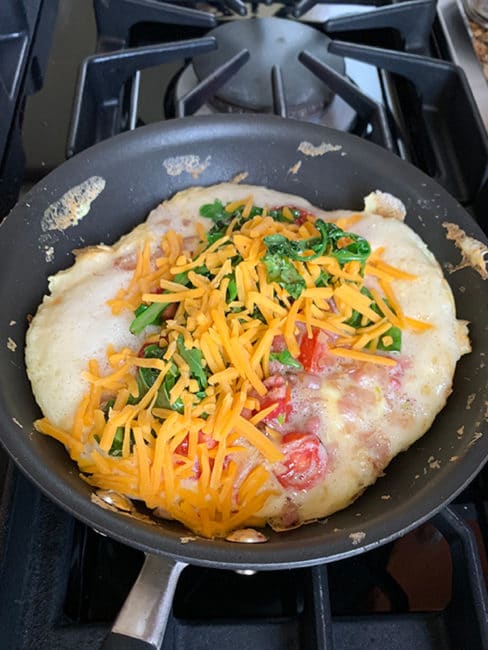 What’s the difference between a French-style and American-style omelet?

If you have ever watched Jacques Pepin make an omelette, you’ll notice this omelet looks nothing like his. His are lemon yellow, not brown on the outside. They are not puffy and not filled with other ingredients, generally. His omelettes are the classic French style omelette. My recipe is definitely an American style omelette.

To cook a French style omelettes, you use high heat and constantly stir the eggs and continually move the pan. For this omelet, the eggs are whipped to a frenzy before you pour them in a pan, set on medium heat. Using a spatula, push in the sides of the eggs to allow the uncooked liquid to fall to the sides. This process also helps to make the eggs fluffy. 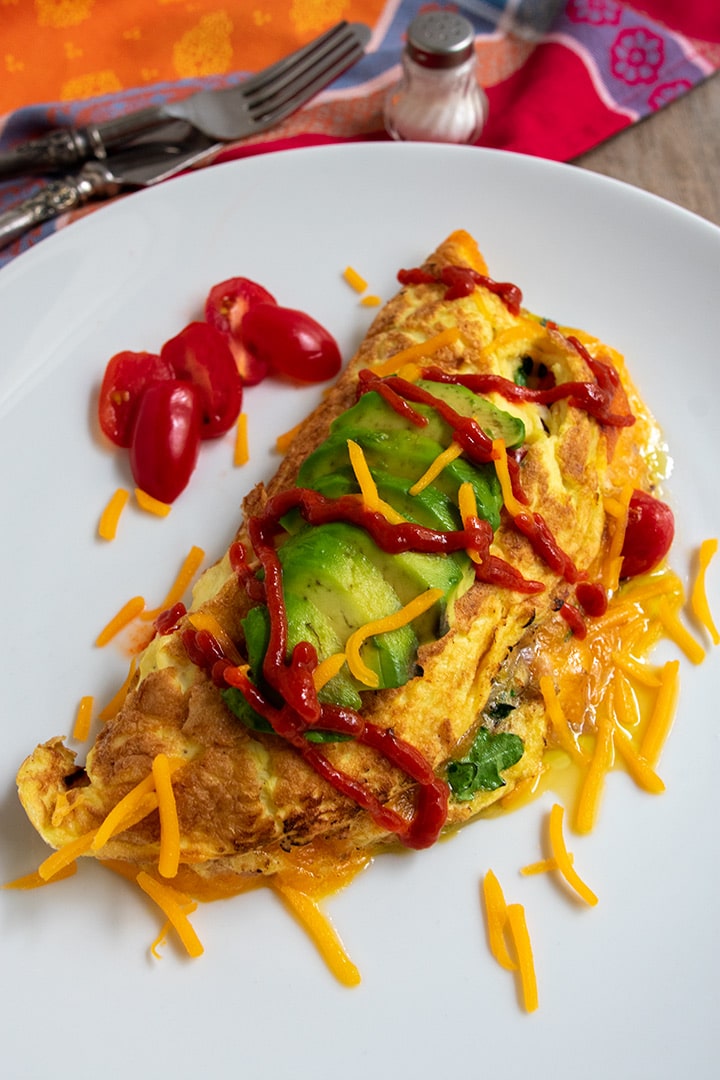 What to serve with an omelette

Well a good slice of toast is a must so consider baking some homemade bread since this omelette is so easy to make!

So next time you get the urge for an omelette – good for breakfast, lunch, or dinner – change up one of the ingredients a little and see what happens. You might end up with something that’s OMG! Yummy. 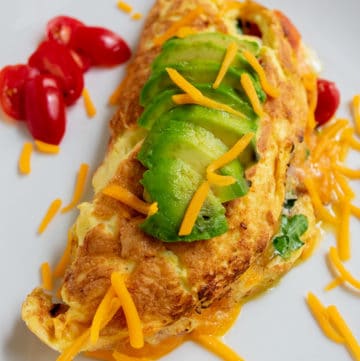 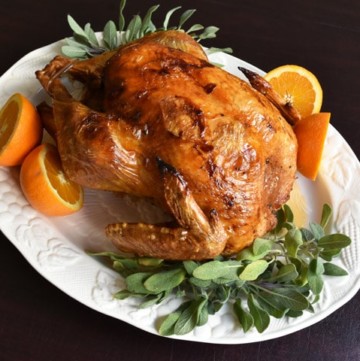