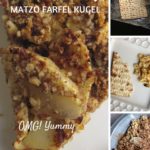 Matzo farfel kugel is a perfect side dish for Passover. If you like a kugel with a touch of sweetness, you’ll love the apples, cinnamon and sugar in this recipe. Find more of my Passover tips here and more matzo recipes here!

Kugel is a Yiddish term referring to a sweet or savory pudding usually prepared with noodles or potatoes. Kugels are very common side dishes at many Jewish holiday celebrations. On Passover, when we traditionally remove all products made with flour from our diet, other than unleavened matzo, matzo farfel kugel often replaces a traditional noodle kugel.

A matzo farfel kugel, like a noodle (lokshen) kugel can be savory or sweet. This post explores a sweet version using apples, raisins, cinnamon and nuts.

What is matzo farfel?

Matzo farfel is just matzo broken up into small pieces. For years, I purchased packages of matzo farfel in the Kosher for Passover section of my local grocery stores. When I started researching how to make a matzo farfel kugel, I realized all I needed to do was roll over some boards of matzo with a rolling pin, and voila – I had matzo farfel!

How do you make matzo farfel kugel?

When I offered to bring kugel to the first night seder, the traditional meal eaten on the first two nights of Passover, I realized I didn’t have a tried-and-true recipe for a matzo farfel kugel. So I started searching my Jewish cookbooks, the Internet, and my recipe files. And into the kitchen I went for some testing.

Sweet or savory? Matzo or potato?

My daughter requested a sweet kugel, rather than a savory one, which is how I chose the matzo farfel route over potato. Apples, raisins, cinnamon, and sugar are natural accompaniments in a matzo or noodle-based kugel. I turned to my well-used copy of The Jewish American Kitchen by Raymond Sokolov for one recipe and then found an interesting apricot-based recipe on the website BakeSpace that used apricot instead of apple.

Moisture in a matzo farfel kugel

I halved both recipes and prepared each one. I had high hopes for the apricot version but was very concerned by the lack of moisture in the mixture. I should have followed my instincts and added more liquid and egg.

The flavor was a hit with my kids but not the texture — it was dense as a brick. On the Passover table – it is the charoset (a fruit and nut mixture) that is supposed to represent the mortar used to make bricks, not the kugel!!

Moisture is especially important in a farfel kugel since matzo doesn’t give off any moisture as a potato does or noodle might. Nor does it have any natural starch residue to hold the kugel together.

So please don’t arbitrarily reduce the eggs – they are needed in this recipe as glue and moisture. See my other matzo farfel recipe for ideas about how to make a kugel with less eggs.

The winning matzo farfel kugel is…

The apple kugel from The Jewish-American Kitchen (by Raymond Sokolov) was the clear winner. Several elements of the recipe stood out to me.

Tips to help you make this farfel kugel:

Check out my Recipe and Resource Guide for Passover for more seder menu ideas.

The Everything Matzo Page

Passover Potato Kugel with a Twist

Recipes on other blogs:

And if you have any beloved favorites that always find their way to your Passover table, please share them in the comments below! Chag Sameach! 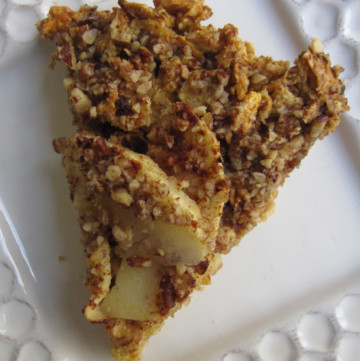 Adapted from a recipe in The Jewish American Kitchen 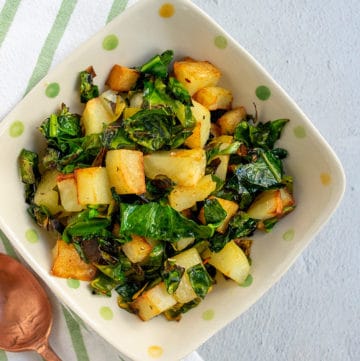 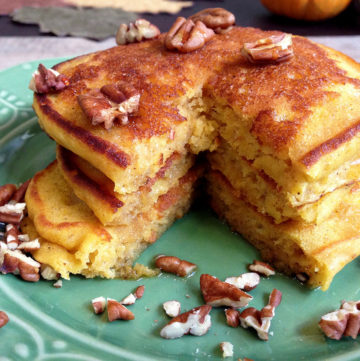