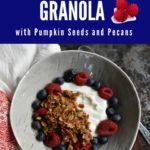 I’ve never thought of myself as a recipe developer, more of a recipe modifier or follower. With so many years of following under my belt now (I’m not talking about my girth people, it’s just an expression), I’ve gained weight the confidence to alter ingredients or methods and still end up with a yummy result.

So when faced with two fabulous granola recipes last Saturday and unwilling (incapable??) of choosing one over the other, I combined the two – one from Melissa Clark, NY Times food writer and cookbook author and the other from Cheryl Sternman Rule, award-winning food blogger of 5secondrule and author of a beautiful cookbook about fruits and vegetables called RIPE.

Melissa Clark’s granola recipe originally appeared in the NY Times (and was modified in her cookbook Cook This Now). Cheryl Sternman Rule’s recipe appeared in  her blog 5secondrule.

Granola is one of those creations that with a few practice runs, you’ll find yourself preparing in your own style, likely without even glancing at a recipe. But to understand the technique and figure out your family’s sweetness quotient and love for nuts or dried fruit mix-ins, you’ve got to start somewhere, then take notes on the raves and criticisms and adjust it to your own style. 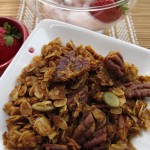 Cheryl’s recipe relies on agave nectar to sweeten it, while Melissa’s uses maple syrup and a little brown sugar. Agave has a lower glycemic index than other sweeteners and packs a sweeter punch, so you use a bit less. I’ve made granola with maple syrup, though, with wonderful results. For the oil, Cheryl uses canola, while Melissa uses olive oil in the NY Times version and coconut oil (an expensive but healthy alternative) in her Cook This Now version. Both also use dried coconut, in addition to the oats and other seeds, nuts, and dried fruit. I’ve made granola with and without coconut – satisfying either way – depends on your personal relationship with the multi-talented tropical fruit. But be careful about using sweetened vs. unsweetened. If you use sweetened coconut, you’ll need to cut down on the sweetener in the granola.
Course Breakfast
Prep Time 10 minutes
Cook Time 30 minutes
Total Time 40 minutes
Servings 12 servings
Calories 353 kcal
Author Beth Lee 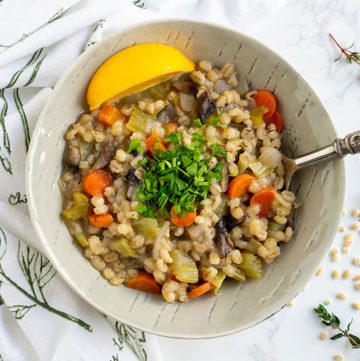 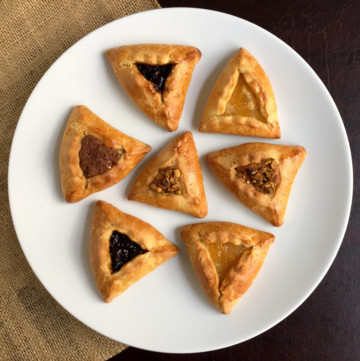